The Abridged History of the Guava 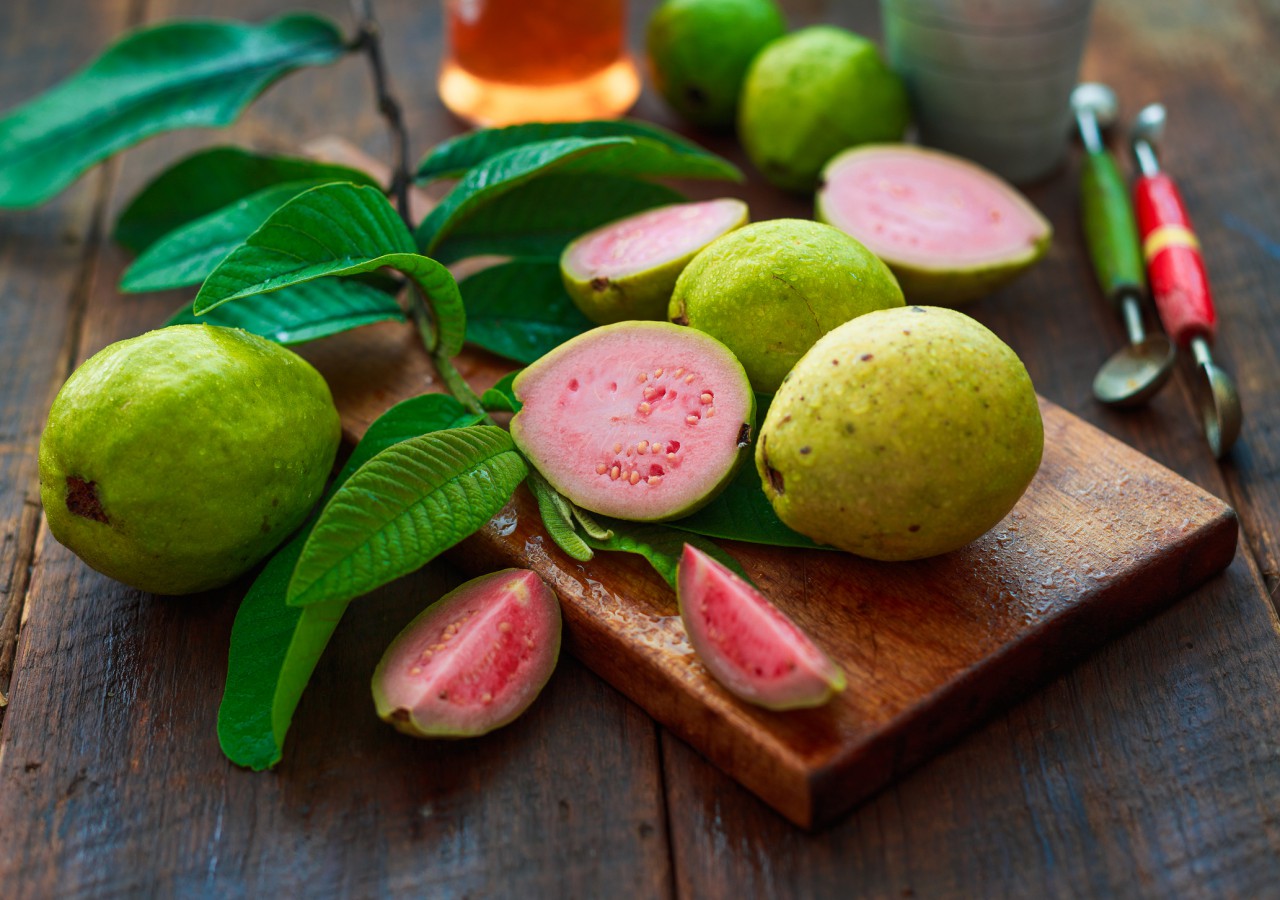 Originally found in Southern Mexico, the guava is a star player in Mexican and South American cuisine.   It spread basically all over the world after the Portuguese who colonized South America, carried it with them to the East Indies.  In each new culture, the guava found its place in local cuisine.  In Columbia guava paste is combined with cheese to make “bocadillo con queso blanco,” in South Africa they are used to make breakfast flakes by mixing it with cornmeal, and in Mexico they drink a guava beverage called “agua fresca.” In addition guava is a great ingredient to add to pies, cakes, smoothies, chutneys, jams, etc.

But the pink guava does not just taste great; it is great for you as well.  Guavas are high in fiber, vitamin A, vitamin C, and are low in calories.  It is believed that it can boost your immune system and help with digestion.  Historically, it was used during childbirth and the leaves were chewed to help with toothaches! Obviously this small, sweet, pink fruit packs a serious punch! It is no wonder that it is used in so many recipes and cultures all over the world.

That is why we were so excited to create our Guava flavor, because not many tea brands have thought to harness the power of this little fruit! It adds the perfect note of sweetness making our Guava flavor refreshing, healthy and of course delicious.