Interesting tips and tricks. Things to do or to avoid. News about Long Island Iced Tea.

Is Your Lemonade Stand Illegal? 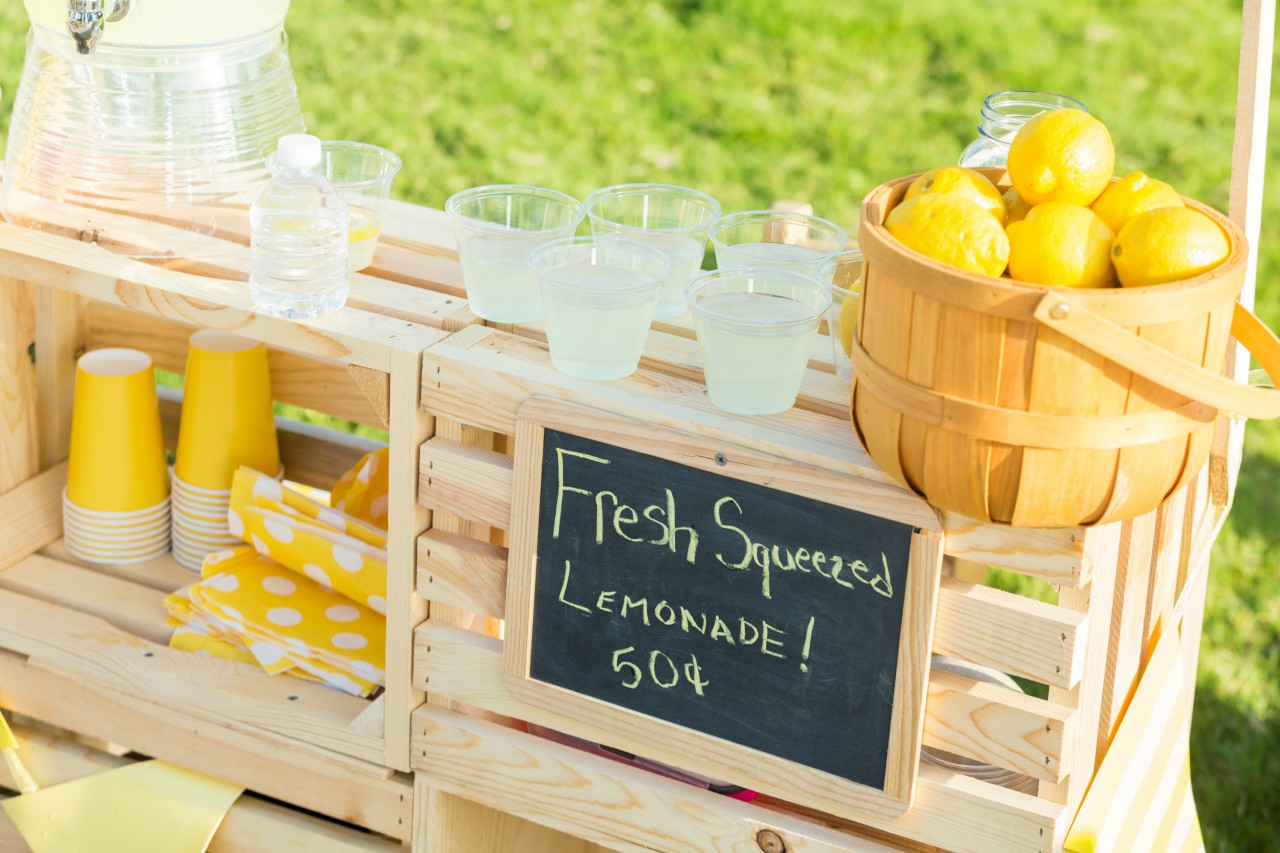 It is an American tradition to run a lemonade stand when you are a kid.  Mixing up a huge jug of delicious ice cold lemonade either from scratch or from a powder, setting up your little table, carefully crafting your sign, and feeling so professional when people actually gave you money for something you made! It’s a classic summer activity. But in recent years, states have been tightening their food production and safety laws and what licenses you need to sell homemade goods.  So in many states Lemonade Stands have actually become illegal!

Every state’s laws regarding this are different and they each refer to the act of selling lemonade as something different.  In Texas its “peddling” and one requires a $150 peddling permit and kitchen inspection, in Georgia you need business and food permits which are 50$ a day, in Oregon you have to obtain an $120 temporary restaurant license and the list goes on.

It seems unreasonable to ask kids to pay such large sums of money to sell Lemonade, but the laws are rooted with the public interest in mind.  Most of the laws are based upon the fact that for unregistered food stands there is no information on the kitchen where the food was made.  For public health it is important to regulate the cleanliness of the kitchens where the Lemonade was made.

It’s a tough topic to form an opinion on because it is such an American tradition and a lovable pastime but of course public health is important.  There are benefits and drawbacks, and strong arguments on both sides! We will see how this all pans out and if any laws are changed. Until then you can sit back and enjoy Long Island Brand Beverages’ Lemonade line. Don’t worry we have all the permits and licenses required! 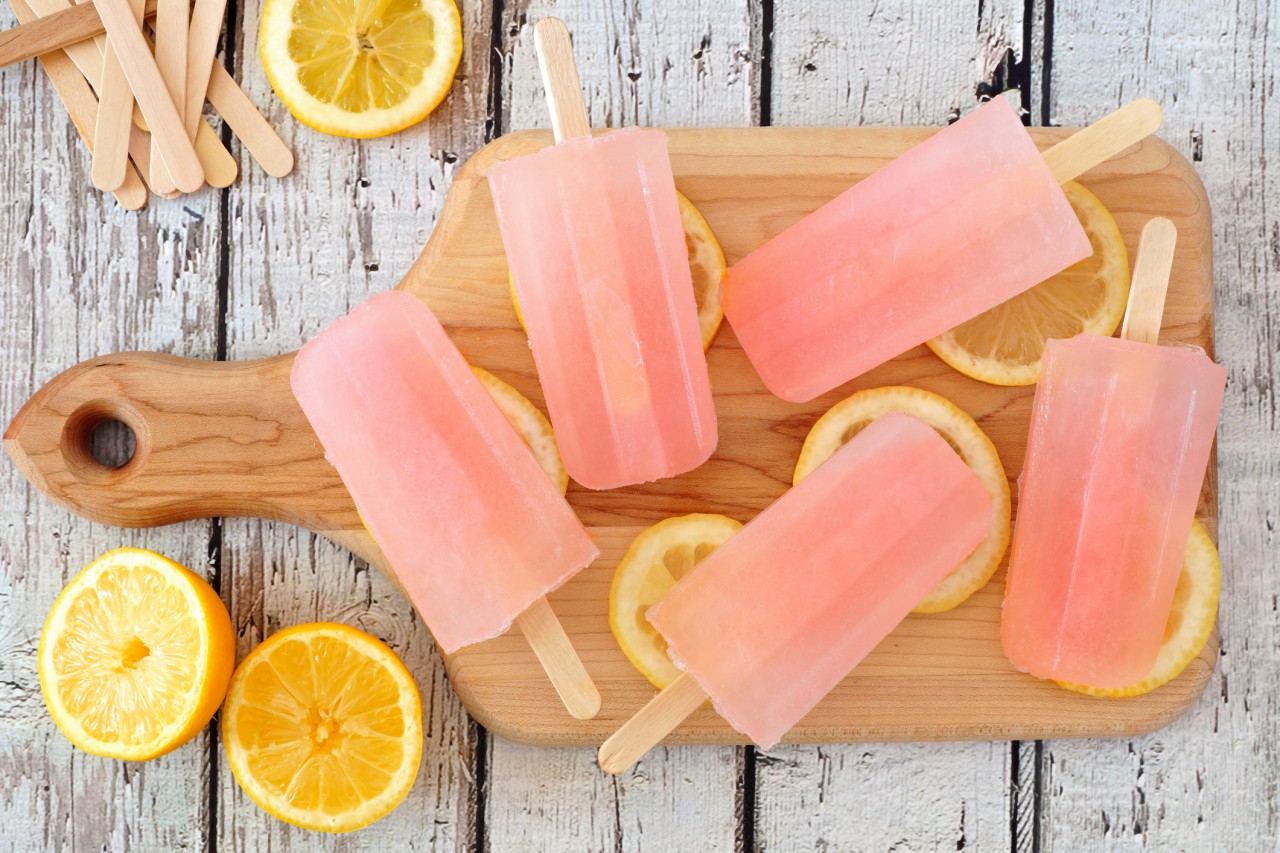 Summer is quickly approaching which means the days are going to get longer and hotter! Sometimes on a hot summer day the perfect thing is a popsicle.   The best thing about popsicles is how versatile they are! Any juice, smoothie or drink can be made into a popsicle! All you need are the molds J So we thought what about making some Original Long Island Iced Tea Lemonades popsicles? Sounds like a great idea!

Our recommendation to make these popsicles even better is to chop up some fruit and add it to the mold. Cherries with cherry lemonade, strawberries with our Strawberry Lemonade, Peach with the Peach Lemonade…Or be bold and mix it up!

Here is the incredibly simple recipe for some amazing summer desserts:

Tip: When it is ready, to get it out run the mold under some warm water

There you have it: a delicious and refreshing summer treat! 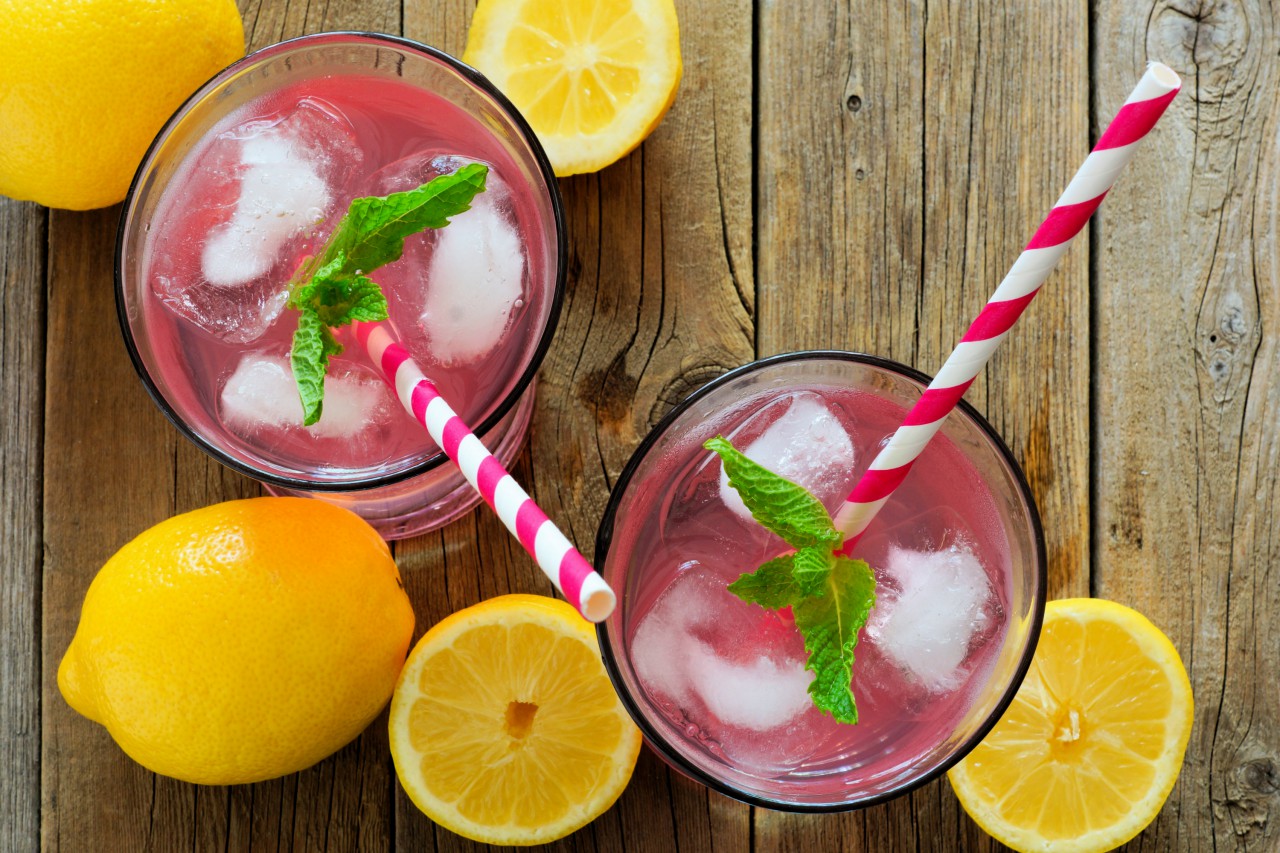 Most of us grew up with Pink Lemonade in our lives.  It was just the more fun version of Lemonade! It never seemed weird or nonsensical that it was pink, just cute! But when you do get thinking about Pink Lemonade there is no real reason why it should be pink.  I mean Pink Lemonade, although sometimes flavored with strawberries, cranberries or cherries, is usually just normal lemonade that has just been dyed pink with red food coloring.  Why does this make sense? Why red food coloring and not purple? How did this drink become such a sensation?

Well the origins of Pink Lemonade are actually kind of muddled.  There are two rival stories circulating the Internet.  The first says that in 1857 Pete Conklin, who was a concessions salesman at the circus, ran out of lemonade one day.  While he was rushing around trying to replace it he saw a bin full of pink water where a performer had just cleaned her pink tights! Rather than losing business he decided to sell this wash water and surprisingly it was a hit!

The other story also involves the circus but takes place in 1873.  Henry E. Allot a circus promoter was mixing up a batch of lemonade to sell and accidentally dropped a few red cinnamon candies into the batch turning it pink! He sold it anyway and was delighted at how much the customers loved it!

For the sake of our stomachs I prefer the second story. Although cinnamon and lemonade do not sound very compatible at least it was not wash water! But either way we are happy that pink lemonade got its start, no matter how it really began, because it is undeniable fun and cute! That’s why we decided to include a Pink Lemonade in our new line of Lemonades.  Also don’t worry we only use fruit and vegetable juice to color our Pink Lemonade, no candies or tights allowed!

Staying True to our Unconventionality 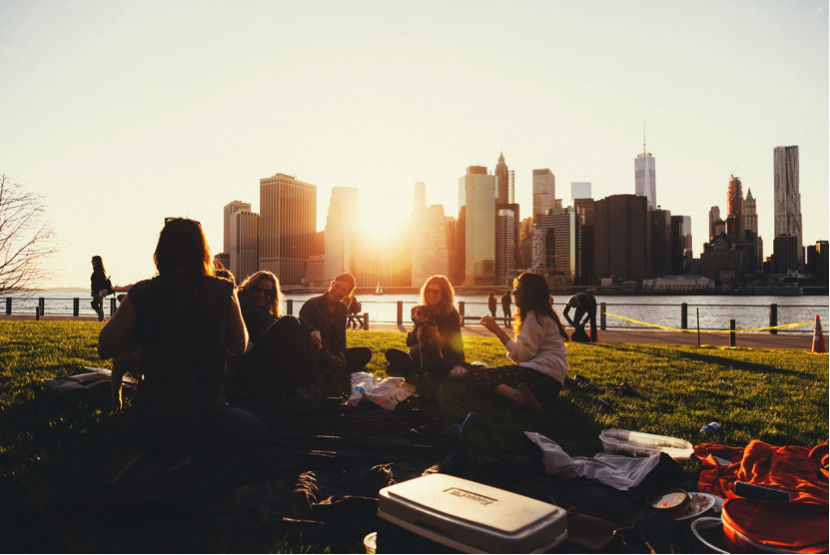 It all started with the name, which granted we did not create, but we liked.  We wondered why no one had made a non-alcoholic iced tea with that name before!  It was a little unconventional and rebellious to make a product that is literally Iced Tea from Long Island because it was already so connected to this famous cocktail!

This unconventionality is something that is close to our hearts and we try to stay true to! We make all our tea with non-GMO ingredients and 100% raw cane sugar because we want to use the best ingredients.  Our better-for-you beverages are not just a gimmick to charge high prices, because they really are better for you and are sold for a reasonable price.   We want to change the way people think about health and make sure they know that healthy choices do not automatically break the bank.

In addition to that we did not want our product to be boxed in as only being for teens, skaters, or moms and their kids.  We want our teas, and now lemonades, to be for everyone.  We also wanted to make a beverage that everyone could drink anywhere at anytime! It is perfect for the office, school, a road trip, with lunch or for a spontaneous beach day! Long Island Iced Tea is the ideal companion for any adventure because it’s a little rebellious and refuses to be boxed in!

There is no denying that Iced Tea screams summer - the sun is beaming and the streets and beaches are bustling with smiles. A nice refreshingly cold Long Island Iced Tea is the ideal beverage to have in hand as you lap up the joyous surroundings with family and friends.

Here are some easy and helpful tips to make your Long Island Iced Tea even more refreshingly enjoyable:
1. Pour the delicious Long Island Iced Tea in a large iced filled jug.
2. Add a slice of lemon and squeeze the lemon into it. You can also crush the lemon rind – essential oils from the rind add a nice citrusy flavor.
3. If you like mint, crushing a few leaves into your iced tea to give it an uplifting and energizing taste.
4. A pinch of cinnamon or crushed cardamom is another way to add taste and flavor to iced teas.
5. Try crushed strawberries and raspberries to add a unique taste to iced tea. You can even add pomegranate juice, orange juice or peaches to your iced tea for something cool, different and delicious!

Long Island Iced Tea is the perfect Summer beverage and with a few simple added ingredients you will have your friends and family wanting more. We want to see how experimental you get with your Long Island Iced Tea thirst quencher so make sure you post a picture to our Facebook page.